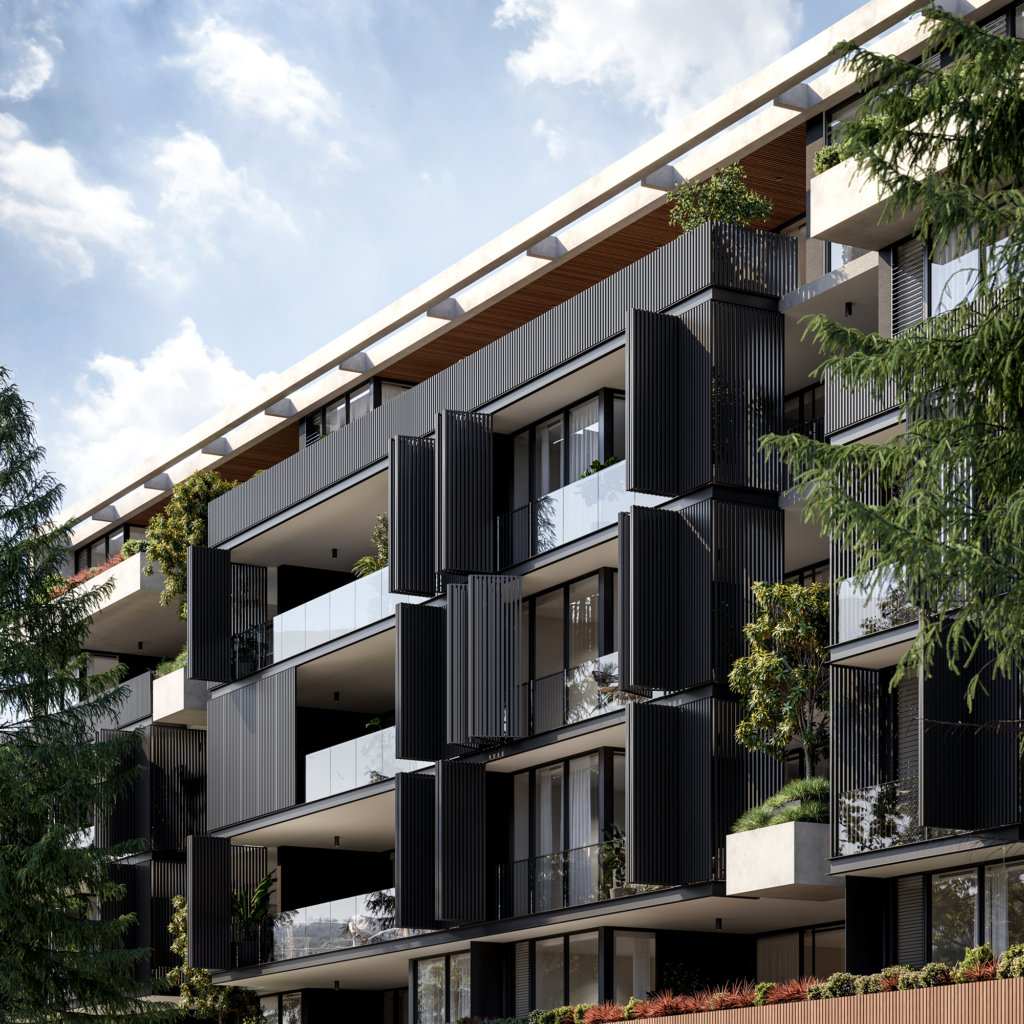 Jaxon continue to make good progress at Lucent Claremont with the finishing trades now being well established on site.

Kitchen cabinets have now been fitted to the majority of apartments on levels one and two. Internal walls and ceilings have also been painted on these levels and tiling is underway to all bathrooms.

On levels three and four all internal walls have been sheeted and ceilings have been installed following completion of the electrical prelay. Glazing is now complete up to level five including the large windows to the internal corridors on the residential levels. The roof structure is now also complete and roof sheeting has been fitted which will allow the fitout of the penthouse apartments to commence.

On the roof the plant decks have been installed and the halo feature canopy to the perimeter of the roof has been fitted and rendered. Tim Davies Landscaping have also been on site this month completing waterproofing and tanking of the planter boxes. They have now been filled with soil and planting of the upper levels will commence ahead of the scaffold being dropped.

Jaxon remain on target to have the building completed in December this year, but we will continue to update you as the building progresses over the coming months. If you have any questions, please don’t hesitate to call.