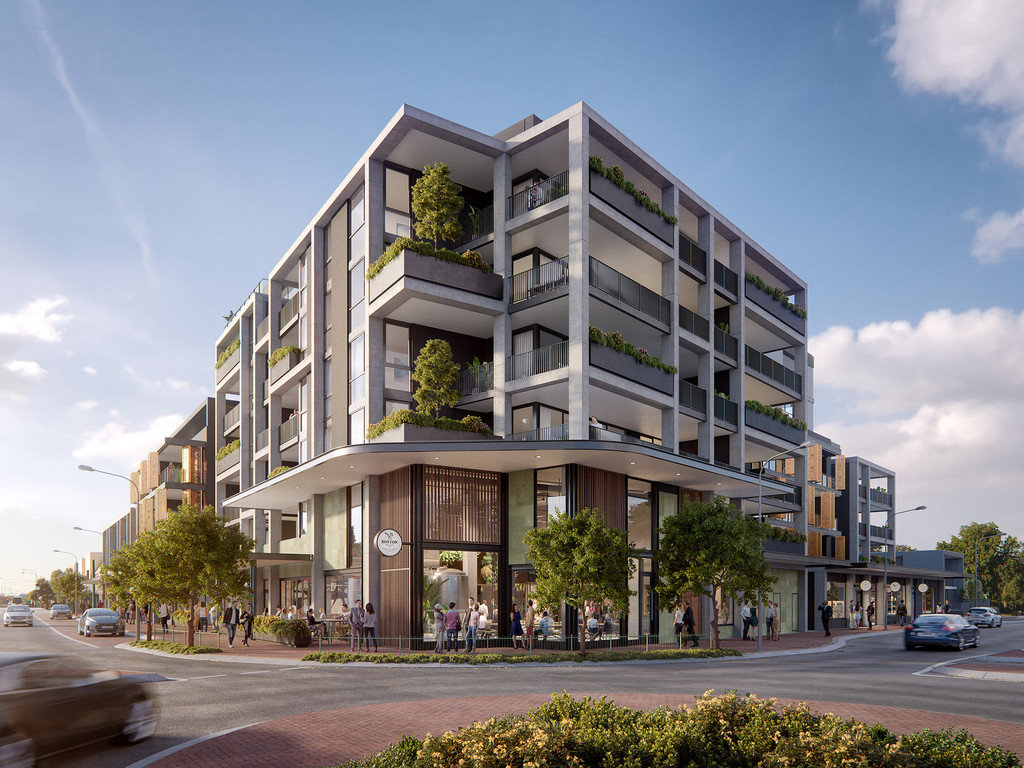 The finishing touches are now being completed at the Vic Quarter as the building approaches practical completion on the 15th of November.

The pool area has now been fully landscaped including the section of real grass adjacent to the pool. The pool deck is flanked with a series of lemon and lime trees with some mature feature trees located in the center of the courtyard. The operable pergola in the BBQ area has now been installed and the Pool will be filled in the coming days. The BBQ decks on levels 3 and 5 have also now been fully landscaped and the BBQ’s are being fitted off ahead of the final clean.

Internally, the residential lobbies are now nearing completion. The floor and wall x-bond finishes have been completed and the planter boxes that line the walls are now being planted out by Tim Davies Landscaping.

The Lifts have also been fully commissioned and lobby furniture will be delivered in the coming days. Internally, all the apartments have now been snagged and identified building defects have been rectified. The painters will now apply the final coats of paint to the apartment entry doors before locking off each level.

Externally, good progress has been made to the canopies along Albany Highway and Miller Street. The Verge repaving is well underway and the glass canopies have been installed to the three entry passageways in the building.

The public art that will hang from the canopies has been manufactured and will be installed later next week. The feature tiles that will clad the facade of the commercial units has arrived from Italy and is currently being laid. The access control system for the building is also currently being commissioned along with the extensive CCTV system that will maintain security in the complex.

The next fortnight will be an extremely exciting period for the team at Celsius as we launch a building that has been almost 4 years in the making. We are extremely proud of the product that is going to be delivered in what we think will be a first for Perth in that a building of this size and quality has been built for sale on completion with not a single pre-sale before or during construction.

To showcase the building, we have established a sales office downstairs and have also set up 6 fully furnished display apartments. The public launch will be on the weekend of the 16th and 17th of November so we hope to see you there!